Cocaine possession or trafficking of controlled substances is a serious drug crime in Houston and throughout Texas. Possession is defined by Texas penal code as having actual care, custody, control, or management of an illegal substance. Trafficking is selling or distributing illegal drugs. Texas laws are very severe on both types of drug crimes. If you are charged with any of the offenses, you will need a good Houston drug crimes lawyer to defend you in court. The punishments for the offenses vary with the amount of drug you possesses or sell. One of the most abused drug in Texas is cocaine. 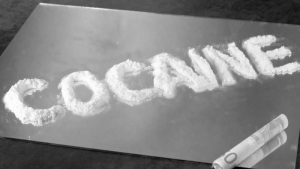 The penal code in Texas makes it illegal to possess, manufacture, or deliver any amount of cocaine. The offense is punishable by fines or jail term. Punishment will vary with the amount in question and the purpose for the drug.

If you are found in possession of one gram of cocaine, the punishment is six months to two years in prison. If you are a first time offender, you can escape with probation instead of a jail term. If the amount is 1 to 4 grams it becomes a third degree felony and attracts a maximum fine of $10,000 and 2 to 10 years in jail. 4 to 200 grams is a second degree felony with a maximum fine of $10,000 and 2 to 10 years imprisonment. An amount of 200 to 400 grams is a first degree felony with a fine of up to $100,000 and 15 to 99 years in prison. Any amount exceeding 400 grams may attract life imprisonment or 15 to 99 years with/or a maximum fine of $250,000. As you can see, cocaine possession is a serious criminal offense in Texas.

This is the selling or distribution or importation of cocaine. Punishment for this offense also depends on the amount delivered. Delivery of 1 gram is punishable by 180 days to 2 years in prison. If you deliver over 400 grams, you can be imprisoned for 15 to 99 years.

Like any other criminal offense, drug possession or delivery must be proved beyond reasonable doubt. The burden of proof lies with the state and the prosecution. Casting doubt on the relation between you and the drug can really help. However, poking holes on the prosecution’s testimony can be very hard for you. For this reason, you are advised to use the services of a good criminal lawyer to argue your case. By attacking the link between you and the drug, the lawyer weakens the prosecution’s testimony and they may succeed in having the charges dismissed.

Being in possession or delivery of cocaine or any other controlled substance may have a negative effect on immigration. Even if you escape conviction, the drug offense charges taint your records, which may bring other problems, especially if you’re an immigrant.

Drug related charges are serious offenses in Texas, and it is therefore advisable that you avoid such misdemeanors. If by chance you or your loved one is charged with the offense, do not attempt to represent yourself in court, and you should never take the matter lightly. Look for a good criminal lawyer to represent you. The lawyer will not only defend you, but will also ensure that your rights are not violated.